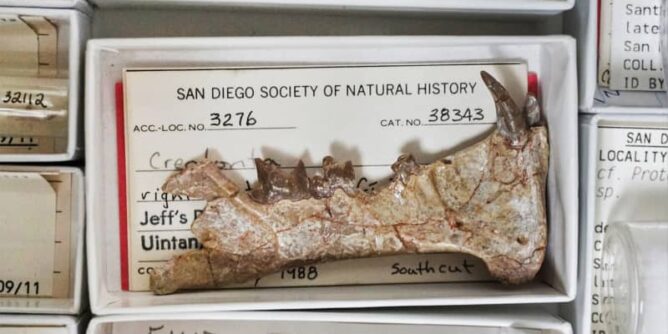 Published by
The San Diego Union-Tribune

SAN DIEGO — A newly discovered saber-toothed catlike predator that hunted in the forests and coastal areas of this region 42 million years ago has been given the name Diegoaelurus, or “San Diego’s cat,” the San Diego Natural History Museum announced Tuesday. The discovery of Diegoaelurus — which is now the earliest known catlike predator in North America west of the Rocky Mountains — was unveiled Tuesday morning in PeerJ, an international open-access science journal. The discovery was described in a research paper co-written by Ashley Poust, the museum’s postdoctoral researcher, Shawn Zack at …